We are always interested to read about how our products are being used by researchers and early adopters of new nanotechnology products.   Functionalization of graphene nanoplatelets and mechanical response of graphene/epoxy composites was studied by a research group at Dalhousie University in Canada. It’s noteworthy that the authors used best practices for nanoparticle dispersion and producing the composites. These processes are well suited to large scale industrial uses. Graphene Nanoplatelets are made from natural graphite and typically produced by chemical exfoliation, thermal shock and shear, or else in a plasma reactor. The GNPs NH2 are plasma exfoliated from natural graphite and are known to be friable with high shear mixing down to ~4 layers.  The plasma exfoliation process also decomposes and removes contamination commonly found in graphitic materials. The exfoliated and cleaned GNPs are functionalized during exfoliation and immediately packaged to limit exposure of the GNPs to atmospheric oxygen groups. This product can be produced in volumes up to 140 tons per year and the process is highly scalable. Cheap Tubes can provide this material in large scale for composites applications.  Silanes are monomeric silicon compounds with four substituent groups attached to the silicon atom.  These substituent groups can be nearly any combination of nonreactive, inorganically reactive, or organically reactive groups. At 0.5wt% loading, our GNPs NH2 out performed the GNPs with silane groups in this study and delivered a staggering 82% increase in fracture resistance in epoxy composites. Finally, a nanoscale product delivering cost effective, tangible, real world benefits for commercial applications instead of hype and hot air! 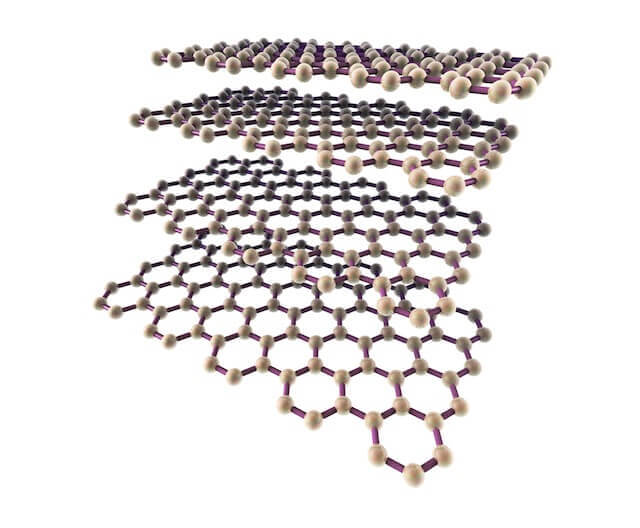 “Functionalization of graphene nanoplatelets and mechanical response of graphene/epoxy composites was studied, our research grade Graphene Nanoplatelets NH2 were used. The authors describe “A new strategy for functionalizing graphene nanoplatelets by bonding a silane agent to its structure greatly increases mechanical properties of epoxy composites. A 0.5wt% loading increased elastic modulus and fracture toughness by 15% and 82% respectively. The inclusion of 0.5 wt% GNPs also increased the ultimate strength of the host resin by 38% in average, while the effect of functionalized GNPs produced strength values greater than this average. In addition, the ductility of the host epoxy resin was increased by the inclusion of all types of GNPs. However, the contribution of G-Si and G-NH2 was more significant than that of non-processed GNPs. The maximum value for fracture toughness of nanocomposites was obtained at 0.5 wt% by functionalized GNPs. GNP-Si and GNP-NH2 produced the highest increase of fracture toughness of the epoxy nanocomposites (~82%).” When the authors increased the GNP content to 1 wt%, the fracture toughness degraded, regardless of which type of GNP were used. A similar trend was reported for nanocomposites reinforced with carbon nanotubes.
Effect of functionalization of graphene nanoplatelets on the mechanical response of graphene/epoxy composites
Cart
Product categories
Contact Details and Hours